The queen, who died on September 8 at the age of 96, was given a state funeral – the first in the United Kingdom since 1965 following the death of wartime Prime Minister Sir Winston Churchill.

The 2,000-strong congregation included world leaders, royal family members, representatives from charities, and those who made ‘”extraordinary contributions” in dealing with the COVID-19 pandemic.

What time is the queen’s funeral?

The infographics and map below highlight some of the attendees and the people not invited: 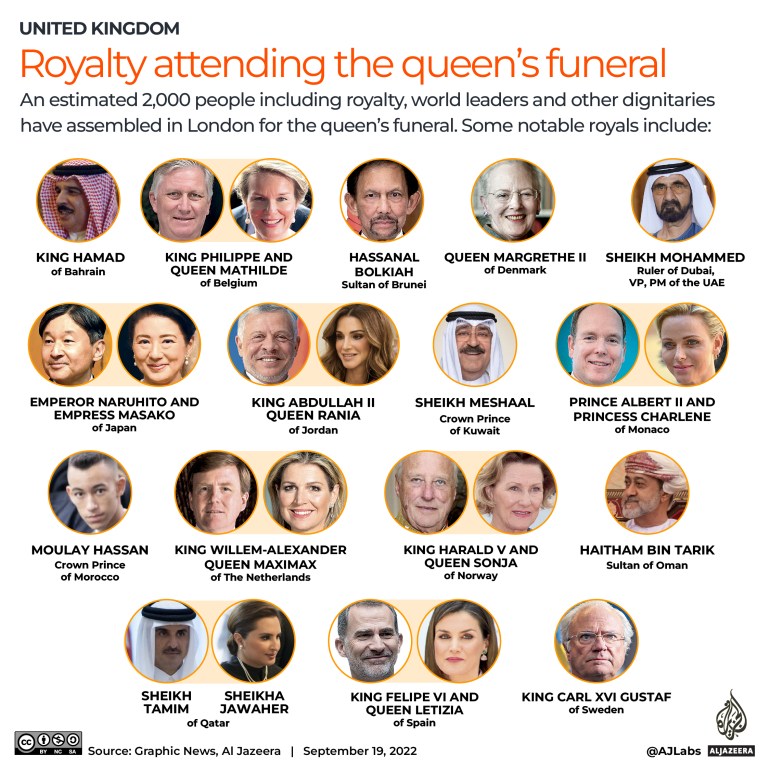 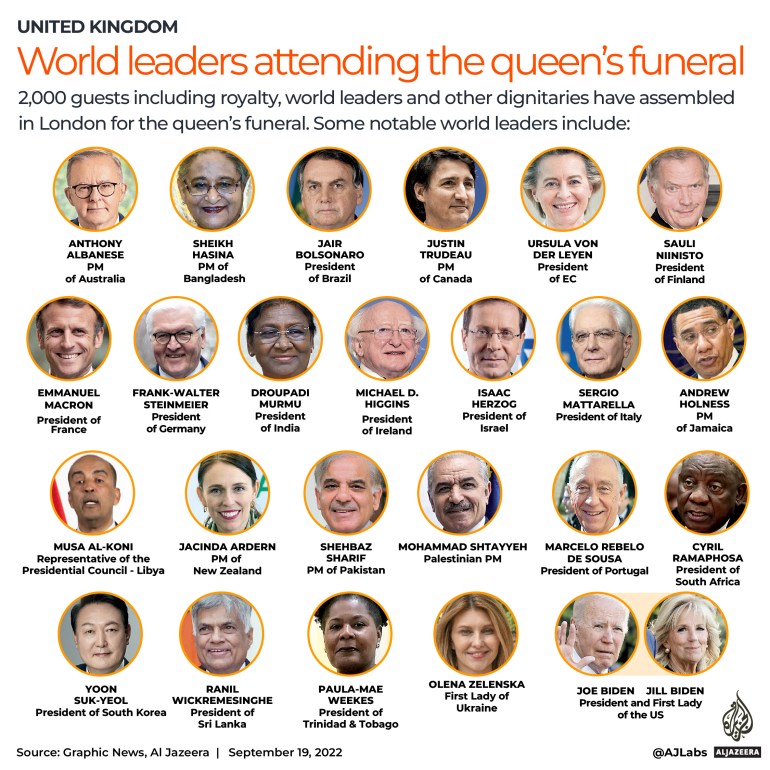 Britain invited heads of state or a representative at an ambassadorial level from any country with which it has full diplomatic relations.

Nations not invited included Syria and Venezuela because London does not have normal diplomatic ties. Britain also did not invite representatives from Russia, Belarus or Myanmar after it imposed economic sanctions on those countries.

For Canada’s monarchists, the buck is always king | Opinions