LONDON (Reuters) – Uber said on Monday it was closing down its Uber Eats operations in eight markets because they did not offer a clear route to becoming the number one or number two online food delivery operator, its stated aim for its Eats business.

“We have made the decision to discontinue Uber Eats in Czech Republic, Egypt, Honduras, Romania, Saudi Arabia, Ukraine, and Uruguay, and to wind down the Eats app and transition operations to Careem in UAE,” a Uber spokesman said. 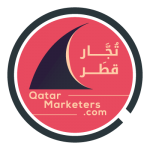