The three-day Muslim festival marks the end of the fasting month of Ramadan.

As the fasting month of Ramadan comes to an end, Muslims from around the world will be preparing for Eid al-Fitr, the “festival of breaking the fast”.

Depending on the sighting of the moon, Eid celebrations will most likely begin on Monday, May 2 or Tuesday, May 3, depending on which part of the world you are in.

Lunar months last either 29 or 30 days so Muslims usually have to wait until after sunset on the 29th day to verify its date.

On the 29th night of the month, local moon sighters will scan the horizon for the crescent Moon. If the new moon is visible, the next day will be Eid.

If not, Muslims will then fast one more day to complete a 30-day month.

When the sighting has been verified, Eid is declared on televisions, radio stations and by mosques.

According to the United Kingdom’s HM Nautical Almanac Office, the new moon will arrive at 20:28 GMT on Saturday, April 30 but a worldwide sighting will not be visible on that night.

Most of the world will be able to observe the crescent Moon with ease the following night, Sunday, May 1. 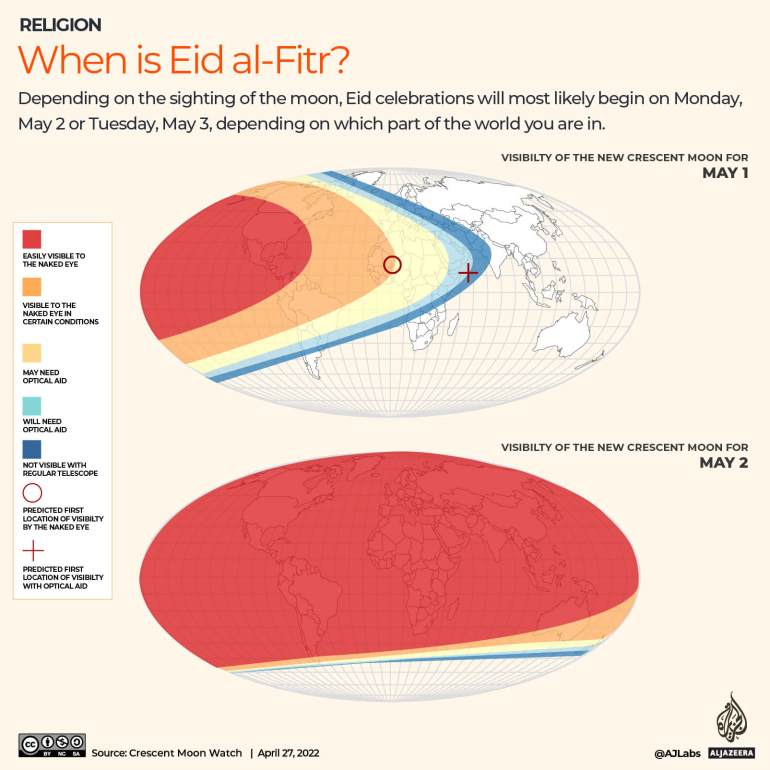 How do Muslims celebrate Eid?

Traditionally, Eid is celebrated for three days in all Muslim-majority countries.

However, the number of holiday days varies by country.

Muslims begin Eid day celebrations by partaking in the prayer service that takes place shortly after dawn, followed by a short sermon.

On their way to the prayer, which is traditionally held in an open area, Muslims recite takbeerat, praising God by saying “Allahu Akbar”, meaning “God is great”.

It is customary to eat something sweet prior to the prayer such as date-filled biscuits known as maamoul. 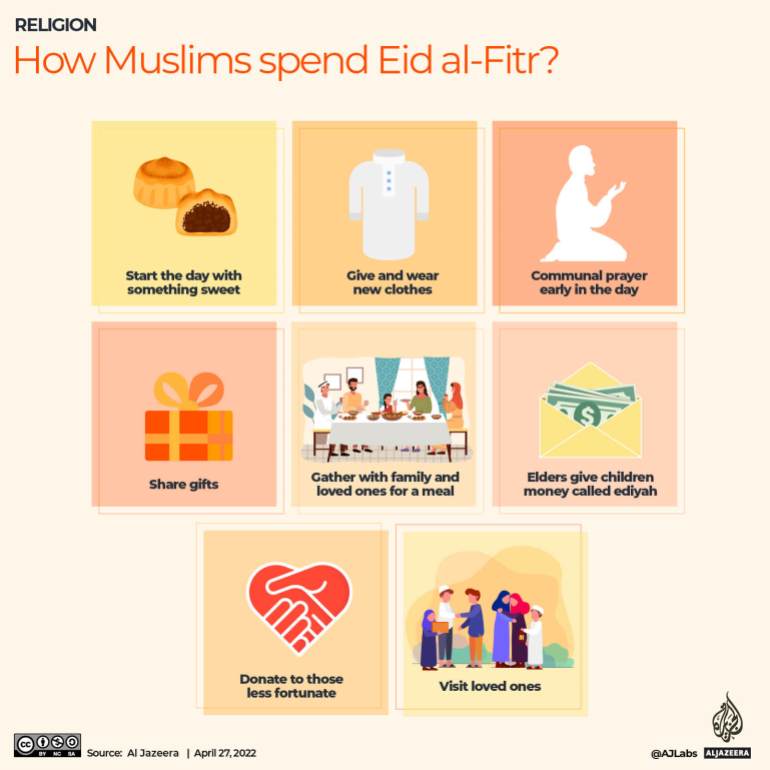 People congratulate one another as they head home after Eid prayers. They spend the day visiting relatives and neighbours, and accepting sweets as they move around from house to house.

Each country has traditional desserts and sweets that are prepared before Eid or on the morning of the first day. These foods range from special biscuits and bread to cakes and puddings.

Children, dressed in new clothes, are offered gifts and money to celebrate the joyous occasion.

In some countries, families visit graveyards to offer their respects to departed family members.

It is common for the capitals of Muslim-majority countries to decorate their cities with lights and hold festivities to commemorate the end of Ramadan.

What are common Eid greetings?

Eid greetings also vary depending on the country and language.

The graphic below shows Eid greetings in different languages. 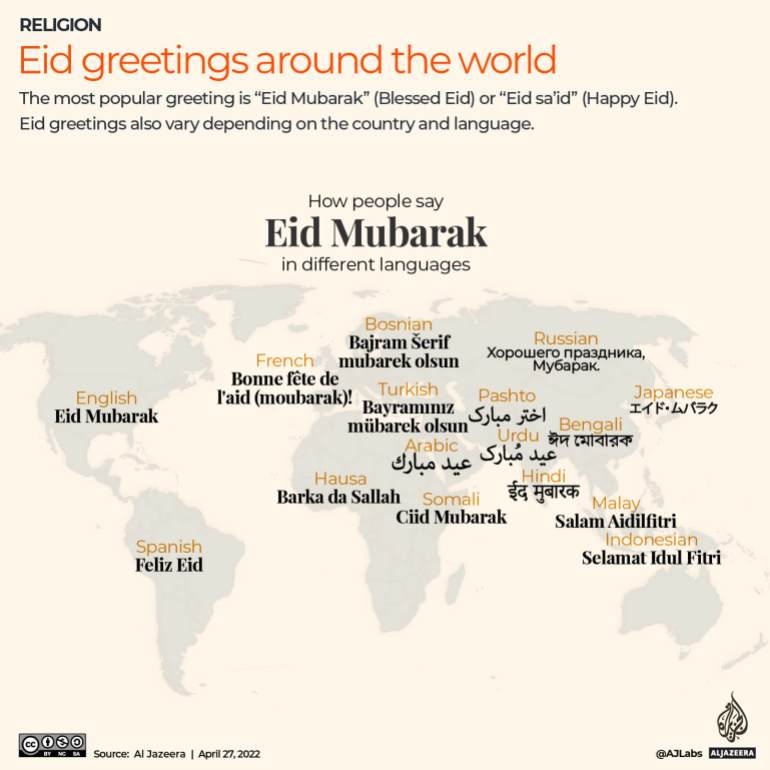 The next threat to democracy in the US: Moms for Liberty? | The Far Right

America going maskless is nothing to celebrate | Coronavirus pandemic